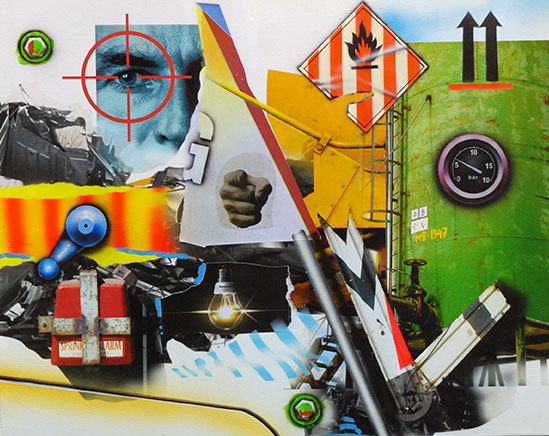 Mecanic Art is an international artistic movement which emerged in France in the 19th century, and whose artworks illustrate the birth and evolution of the new industrial civilisation, up to the modern day.

From the mid 19th century, the new science of industrial mechanics was beginning to define its theoretical foundations, in particular with the distinction between the theory of engines and that of the transmission of the forces required to produce movement: scientific research and its creative power was having an effect on technology and artists.

But it was not until the early 20th century that science became, in its turn, the main driving force, which lead to major changes in the processes and pace of production in the mechanical industries, due to the genius of a large number of French industrialists of the period, who were already world leaders in their field.

One of the very first works of Mecanic Art is most probably the 1868 illustration marking the arrival of the velocipede (Michaux), which was rapidly followed by the bicycle, through the introduction of new rubbers (Hutchinson) and removable tyres (Michelin). These were followed by other sources of inspiration for artists, such as the motorisation of automobiles (De Dion), agriculture, marine vessels, aviation and finally, the conquest of space.